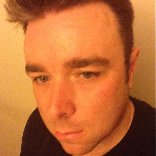 Hi. I’m John McCormack and I’ve been working professionally with SQL Server since 2012. I spent 6 years as a production DBA with Monster and now work as an DBA Contractor. I love working with SQL Server but also with other cloud solutions. It’s a job that I love and I’m constantly learning.

Prior to deciding I wanted to work with computers, I had a wide and varied career. I joined RBS and worked my way through various positions including mortgage adviser and finished up as a manager in a contact centre. I was always looking for other jobs and skipped through a few other sales and management jobs with British Gas, and T-Mobile/EE but I was ultimately looking for a change.

It was in 2008 that I decided a full change of direction was required and I managed to secure myself a place on a Web Development degree at UWS. I changed to evening/weekend work at T-Mobile and started the degree. At the time, I was pretty sure I wanted to be a web developer but I found I really enjoyed the database modules. It was upon hearing a talk from a Database Architect about various career routes in the database world that I knew I wanted to be a DBA. Fast forward 4 years and I had earned my degree and had landed a job with Monster.

Landing my first database job as an associate DBA was only step 1. I knew that the next thing I had to do was learn, learn and learn more to become a competent DBA. Coming into IT 10 years later than I perhaps could have, I felt I had some catching up to do. To do this, I’ve learned from my colleagues, taken on challenges in work, studied for and gained MCSA in SQL Server 2012, then MCSE Data Platform. My next aim is to learn more topics about SQL Server in greater detail and to share my knowledge with the community as I go about. I’m have also achieved the AWS Cloud Practitioner and AWS Certified Solutions Architect – Associate qualifications.

I’m married to Julie Ann and have 2 great boys, Graham and Johnny. We live in Paisley, Scotland. When I’m not working, I enjoy high impact exercise classes such as Boxfit and Metafit.

You can follow me on twitter but I can’t promise I’ll only talk shop. I’ve been known to tweet quite a lot about football, in particular, Saint Mirren FC of whom I am a big fan.